Influence of Beethoven: Symphony No. 9 and Quartet Op. 131 in c# minor

Wordpainting: Notice how the pianist's  left hand mirrors Gretchen's heartbeat, while the right hand depicts the perpeptual motion of the spinning wheel- written when Schubert was only 17 years old-- one of the greatest pieces of adolescent genius in all music history.


English Translation of Gretchen am Spinnrade

My peace is gone,
My heart is heavy,
I will find it never
and never more.
Where I do not have him,
That is the grave,
The whole world
Is bitter to me.
My poor head
Is crazy to me,
My poor mind
Is torn apart.

For him only, I look
Out the window
Only for him do I go
Out of the house.
His tall walk,
His noble figure,
His mouth's smile,
His eyes' power,
And his mouth's
Magic flow,
His handclasp,
and ah! his kiss!

My peace is gone,
My heart is heavy,
I will find it never
and never more.
My bosom urges itself
toward him.
Ah, might I grasp
And hold him!
And kiss him,
As I would wish,
At his kisses
I should die!

Symphonies
​ We see Mozart's influence on Schubert in the sunny and delightful No. 5 , a continuation of the tradition of the 18th century symphony-- light, graceful, in a major key, balanced and well behaved with an emphasis on upper strings.
The powerfully  dramatic and stormy  “Unfinished” No.8 shows more the influence of Beethoven, with its brooding, ominous character, sudden starts and stops, startling burst of dissonance, the more pronounced use of brass and tympani and the haunting, plaintive melancholy evoked in the woodwinds

Schoolmaster’s son- studied violin, viola and piano as a choirboy

One of 14 children, nine who died in infancy

Gained attention as a choirboy, scholarship to Imperial Seminary

1814- Failing to produce proof of suitable income, his engagement to Therese Grob was dissolved

1818-  Makes a paltry income as piano teacher and from the publications of  small, intimate pieces suitable for salons: piano duets and songs. HIs operas are all failures, and symphonies go unperformed.

1824-  COntracts syphilis and has a near death experience

1827- Is the Pallbearer for Beethoven’s funeral

1828- Schubert succumbs to syphilis. His final requests: to hear the last quartet of Beethoven and to be buried at his idol’s side

Schubert died relatively unknown- it takes the combined forces of Schumann, Mendelssohn and Brahms to bring his music to proper prominence forty years later, a position it has thankfully maintained ever since. 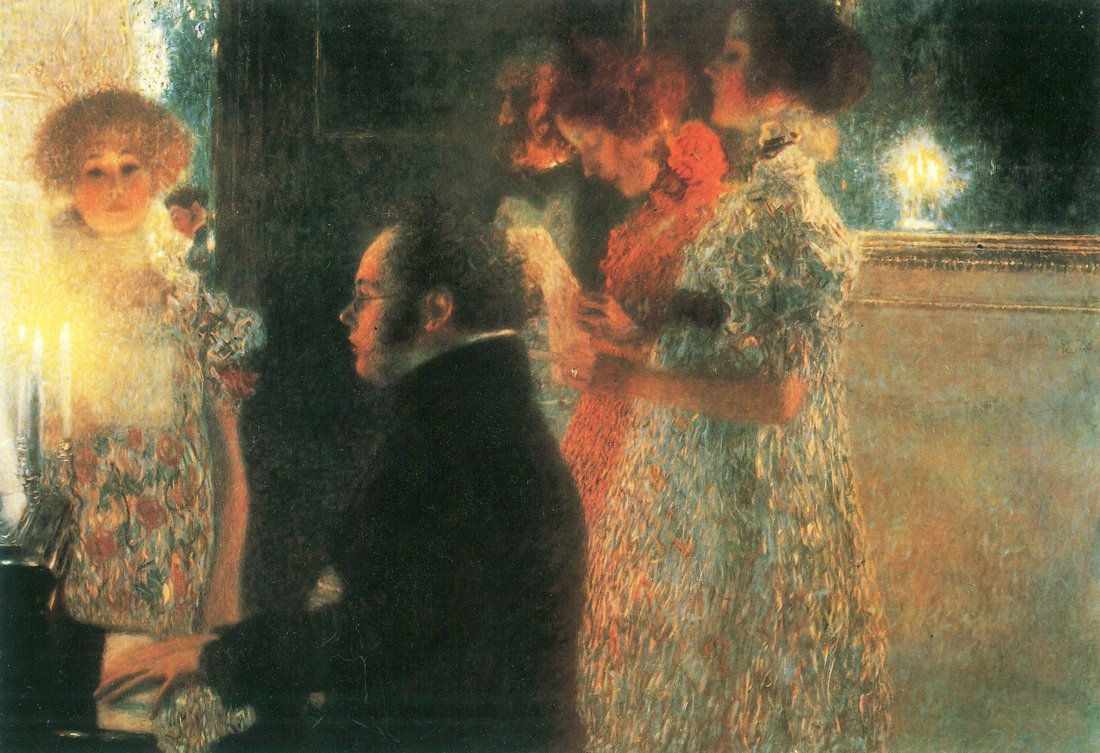