A Hero for the Holidays:
A Musical Birthday Party for
Ludwig Van Beethoven


A benefit concert for education and music programs 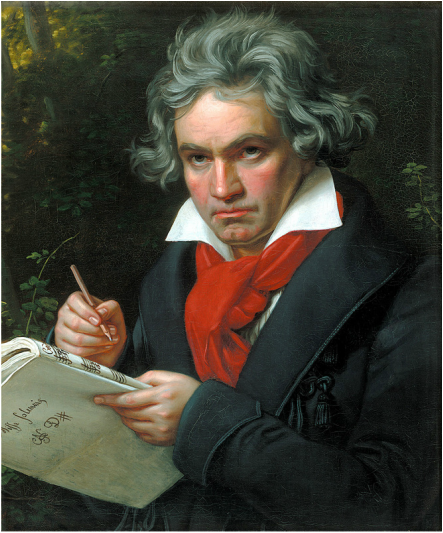 Ludwig Van Beethoven's life is one of the most astonishing stories of all time.  Though the power of determination and will, he  rose from  his grief-stricken childhood as a little boy who was constantly abused by his alcoholic father to become  Vienna's most famous and sought-after pianist, conductor and composer. At the pinnacle of his fame, tragedy struck again as he discovered his growing deafness. Despite excruciating pain, constant personal rejection and  the terror and fear of the Napoleonic wars exploding around him, Beethoven found a way to pour his broken heart into his music, creating a pathway of hope and healing for all of us that led to a vision of universal peace and love in his Ninth Symphony.


Towards the end of his life, Beethoven began an exhaustive study of the music of Handel, who quickly became his idol.  On Beethoven's birthday, join Santa Rosa Symphony Music Historian Kayleen Asbo and musicians from Sonoma State University as the bring to life the hidden connection between  Handel's Messiah and  Beethoven's Ode to Joy . Revel in an alchemical celebration of the life and music of a hero for our time in a  journey that carries us from darkness  to joy, capped off by communal singing of carols. All profits from this event  will  go to funding  the Alchemy of the Arts Academy, an initiative to bring music education into local schools  and live musical performances into the neediest places of our community.