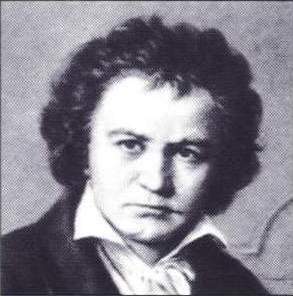 Beethoven: The Rebel with a Cause
To better understand the profound shift in the arts that occurred in the aftermath of the French Revolution, it is helpful to consider the paintings of Beethoven’s contemporary, Jean Louis David.  Take a look at the images below to see how David evolves from a light, gracious, idealized and brightly colored treatment of flirtation and frivolity to scenes of grief, violence and death in a chillingly realistic manner. Such a shift in tone and mood is analogous to the change in music of the time. Where once Europeans embraced only what was light, gracious and dainty, a new thirst arose for musical material that was strong, stirring, emotionally extreme and even harrowing. Beethoven was the perfect man for this calling! 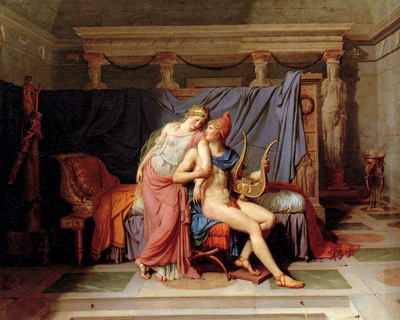 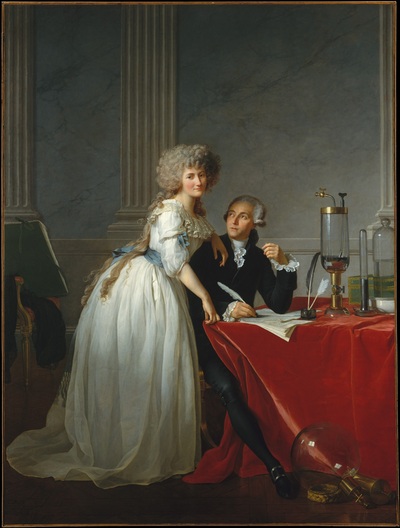 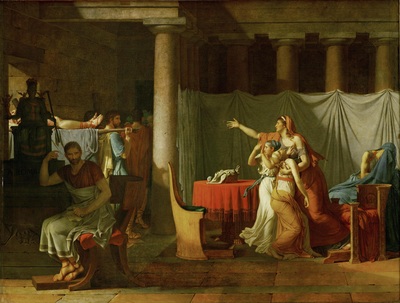 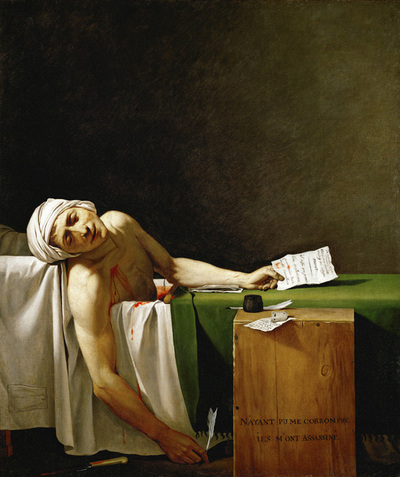 Beethoven’s second phase of development, The Heroic Period, coincided with three events. The first was the inspiration he drew from Napoleon, whom Beethoven hoped would help bring liberty, fraternity and equality to humanity. The second was his continual heartbreak as woman after woman rejected his amorous advances. The third was the growing despair and rage he felt at losing his hearing. All three forces coalesced to usher in a musical style marked by a sense of intense conflict, restless agitation, prolonged psychological development, violent mood swings and a breaking of formal boundaries. Though he still writes in the Sonata- Allegro form, he violates all conventions of size and scope. His Symphony No.3 (“Eroica”, originally named “Bonaparte”) is twice as large (in musical forces) and twice as long as a Mozart or Haydn symphony.
Beethoven's Op. 27 was nicknamed "Moonlight" , but his own title, "Sonata quasi una Fantasia" is equally indicative of Romantic trends: like a Fantasy, an act of imagination.

Notice the progression of the idea of pianist as Hero in the evolution of Beethoven's piano concertos: from the playful humour (though with a kick) in Concertos 1 and 2, through the growing  fist-shaking menace of Concerto No. 3 to the bust-all-boundaries, superstar entrance of the soloist in the so-called Emperor Concerto (No,5), we can witness the growth of the power of the individual.

Featured Works:
Piano Concertos 1-5: compare and contrast the startling difference in mood and force, especially in the entrances and the cadenzas
Piano Concerto No. 5, "Emperor"
Sonata Op. 27 in c # minor, “ Moonlight”
Symphonies Nos. 3, 5 and 7
"Fidelio", Beethoven's only opera
"Creatures of Prometheus"- Ballet in which the Hero liberates and redeems humanity through the arts- became a model for how Beethoven saw his own life, and he repeatedly re-used the theme from this ballet in other works, including the "Eroica",  Symphony No. 3
Sonata Op. 78 in F# Major- surprisingly, Beethoven said this was his favorite piano sonata.
Recommended Viewing: In the film Immortal Beloved.,Gary Oldman brilliantly conveys  both the mercurial mood swings and pathos of Beethoven, vividly illustrated below. The film attempts to answer a question that has long plagued scholars: who was the "Immortal Beloved" of the letters found after Beethoven's death? Musicologists continue to propose their own solutions to this mystery, with one solution being Therese von Brunswick,  the dedicatee of Beethoven's favorite Piano Sonata, Op. 78 in F # Major.