Day One: From Alexandria to France

The  13th century fresco above by Giotto depicts the Voyage to Provence of Mary Magdalene and her companions: Martha, Lazarus, Sidonius and Maximus. Though oral tradition and early and Medieval all concur that these "Companions from Bethany" or "Les Amis de Bethanie" arrived in a rudderless boat after  fleeing persecution by Roman soldiers, details dioffer greatly.

Sainte Maries de la Mer, in the Camargue region of southern France, claims that the boat also held St.Marie Jacobe and St. Marie Salome. These two women (the "other Marys" who were Mary Magdalene's myrrhbearing companions at the cross and at the tomb in the Gospel of Mark have a special feast day in the village in May, along with the enigmatic St Sara, patron saint of the Romani people.

Every year in May, there is a Romani pilgrimage festival to this seaside village

and the Medieval hagiography The Golden Legend by Jacobus Voragine,

Legend also holds that the boat contained the bones of St. Anne, Jesus's grandmother whose feast day is celebrated on July 26 in Apt, France with a procession of relics. 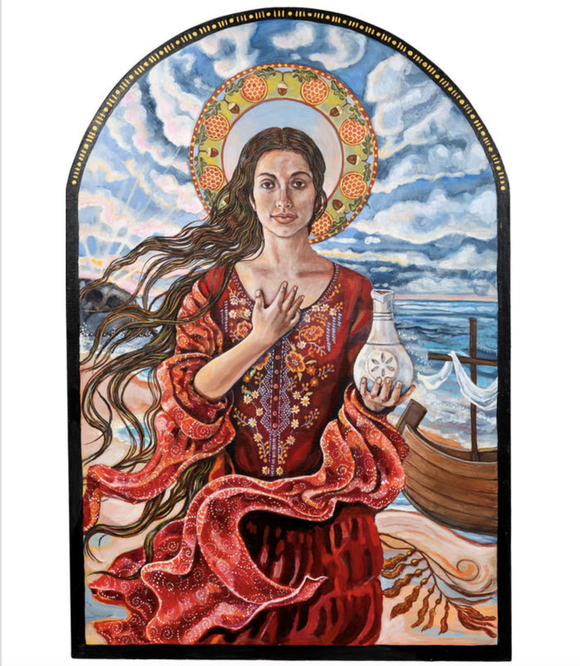 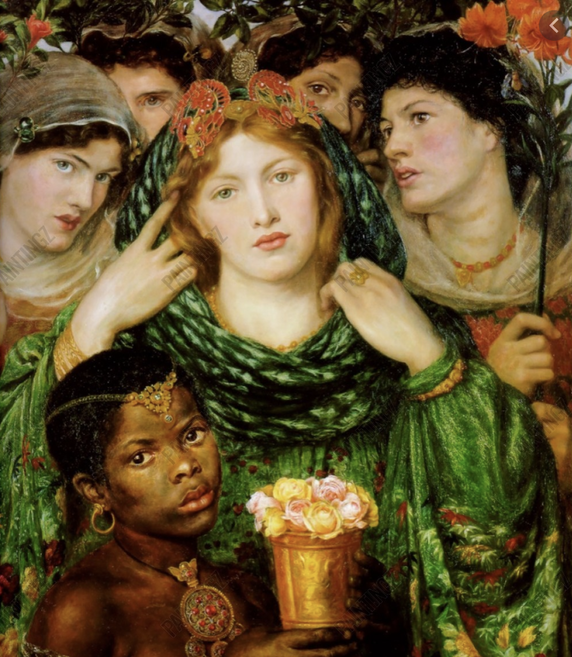 "The Beloved "(also known as "The Bride")  by Dante Gabriel Rossetti
This Pre-Raphaelite paintings inscribed with two quotes from the Song of Solomon: ​My beloved is mine and I am his (2:16) and Let him kiss me with the kisses of his mouth: for thy love is better than wine (1:2), passages that were used in early Christian litrugies for the Feast of Mary Magdalene.
The presence of a young African girl ecokes the La Conneau legends of St Sara as the adopted daughter of Mary Magdalene.

St. Sara le Kali, patron saint of the Romani people who hold a feast every year in her honor at Saint Maries de la Mer. The statue is taken in a procession to the sea where it is bathed in wine and honey before being immersed in salt water, a continuation of preChristian goddess wroshiop.