For his third quartet, Eliot returns to the landscapes of his childhood: the Mississippi River  that bordered his birthtown of St. Louis, Missouri and Cape Ann in New England where he spent most of his childhood summers.
As he continues to confront time and mortality, he turns to two seeming paradoxical figures; From the East, he evokes Krishna and Arjuna from the Bhagavad Gita as they discuss the question of what to do in an impossible situation. The answer is detachment from outcome. 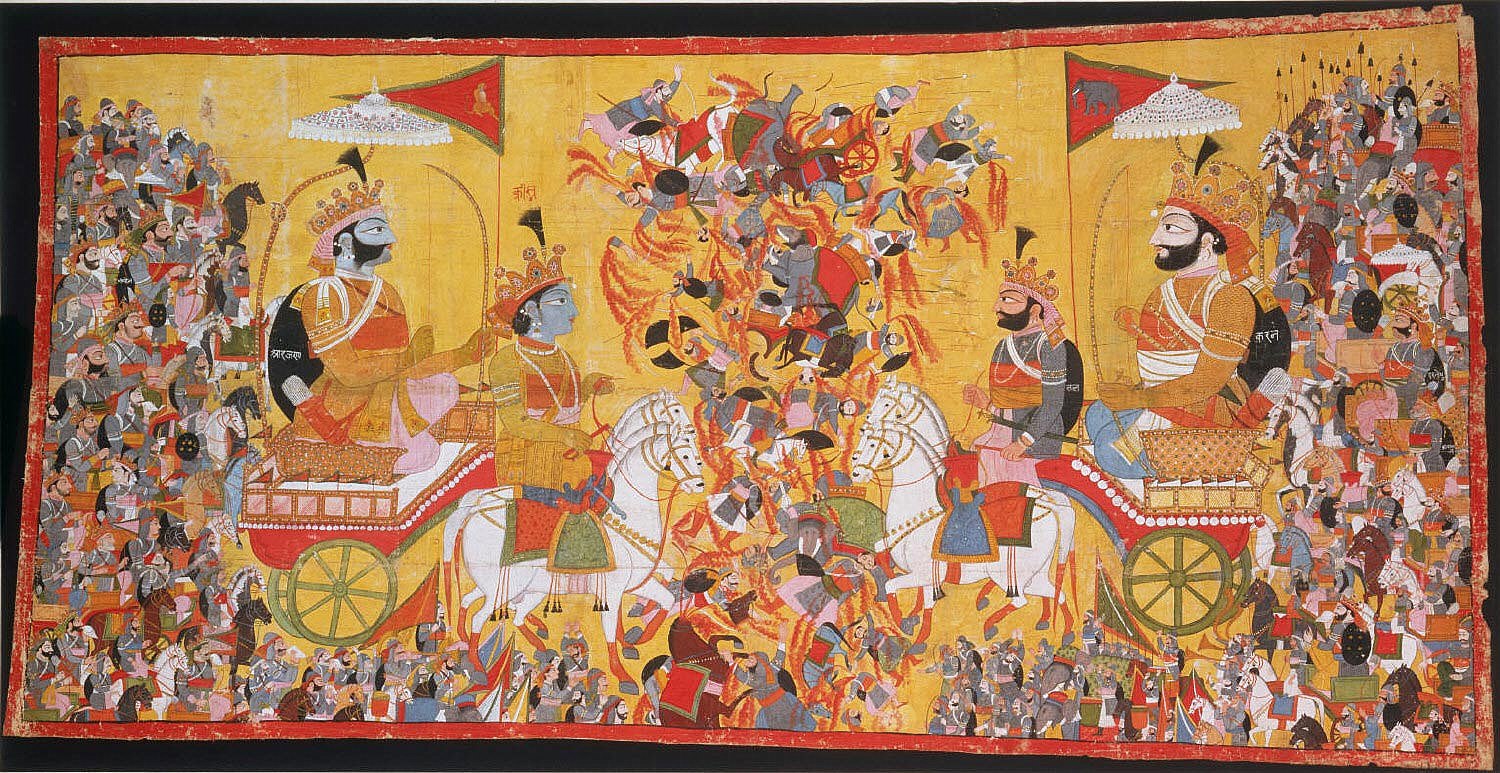 Considered the foundational text of Hinduism, The Bhagavad Gita is the 700 verse heart of the Mahabarata epic in which  the hero ( Arjuna) is confronted with an impossible dilemma.  He is facing a war in which there can be no victory: i he wins, it means the destruction of parts of his family. As he confronts  the tragedy of this  impossible situation the night before the battle, his charioteer is revealed as an incarnation of the Hindu God Krishna, who offers him the essence of the spiritual teaching of liberation:  doing one's duty but renouncing the "fruits" of action. 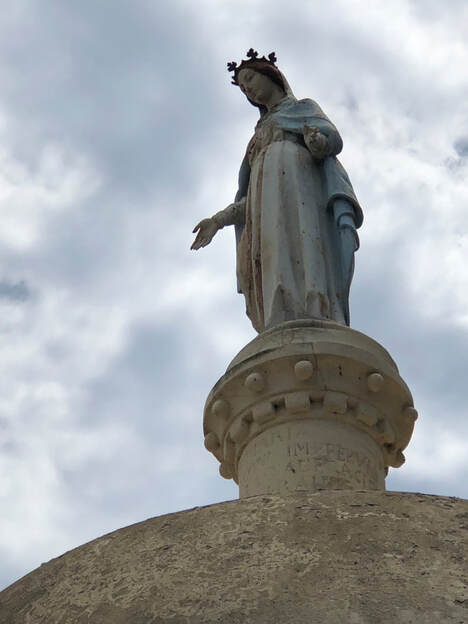 rI the fourth movement, Eliot evokes the Angelus, the prayer to Mary that is said by the Anglo-Catholic faithful three times a day. Based on the  Magnificat  and the Annunciation, it is an invitation to enter Mystery and Surrender. There are three sections of the "hail Mary" (Ave Maria), preceded by a brief scriptural passage and ending with a concluding prayer.

The Angel of the Lord declared to Mary:
And she conceived of the Holy Spirit.
Hail Mary, full of grace, the Lord is with thee; blessed art thou among women and blessed is the fruit of thy womb, Jesus. Holy Mary, Mother of God, pray for us sinners, now and at the hour of
our death. Amen.

Behold the handmaid of the Lord: Be it done unto me according to Thy word.
Hail Mary . . .

And the Word was made Flesh: And dwelt among us.
Hail Mary . . .
Pray for us, O Holy Mother of God, that we may be made worthy of the promises of Christ.
Let us pray:
Pour forth, we beseech Thee, O Lord, Thy grace into our hearts; that we, to whom the incarnation of Christ, Thy Son, was made known by the message of an angel, may by His Passion and Cross be brought to the glory of His Resurrection, through the same Christ Our Lord.