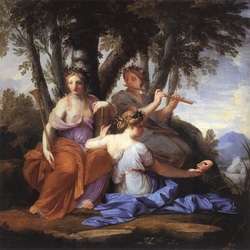 O, for a muse of fire,
that would ascend the brightest heaven of invention!

We will look at the lives and legacies of several extraordinary women who deserve to be known not only for the artistic inspiration they provided for men of genius, but for their own unique contributions to music, art, sculpture, math, theology and literature.


Week One- Dynamics of Eros and Creativity and the Muses of Ancient Greece
Overview of  the role of love and inspiration, including the most famous muse of all, Dante’s Beatrice- Jung’s Theory of the Anima-The nine muses of Ancient Greece and their role in culture throughout time- Botticelli’s muse, Simonetta Vespucci.

Week Two: Philosopher Muses:  Theano, Hypatia and Heloise
We’ll meet Theano, wife of Pythagoras, who was also his most insightful student--the discoverer of the Golden Mean, and the woman who carried on the teachings of the Pythagorean School. Next, we’ll turn to Hypatia, the last librarian at Alexandria, who became a muse across time and space for the painter Raphael. Finally, we’ll meet Heloise.  Student, lover, wife, nun, abbess, philosopher, she  overcame tragedy, scandal and abandonment to leave a legacy of some of the most moving love letters of all time. Heloise’s probing questioning and writing in the 12th century not only profoundly influenced Peter Abelard’s philosophy theology, and music, but also helped shape and define the very notion of romantic love for the Western world.

Week Three: The Muses of St. Francis: Claire of Assisi and Lady Jaqueline Settisoli Frangipani
Meet the two women who inspired St. Francis to create new forms of spiritual community. Claire of Assisi was a mere child when she fell under Francis's magnetic spell; he wrote his magnificent poem, Canticle of the Sun, while she nursed his back to health in the monastery he had given to her. Lady Jaqueline is the woman who moved Francis to create the Third Order for lay people. A bright, vivacious young widow, she  fed Francis his last meal and lies buried near him in his tomb in Assisi.

Week  Four: The Tragic Muse: Camille Claudel
Camille Claudel was an extraordinary and tempestuous sculptor who was eclipsed by the shadow of her lover. We’ll examine how the image of Camille haunted Auguste Rodin throughout his life and inspired some of his most moving and beautiful creations.

Week Five: Mendelssohn's Muses: Fanny Hensel and Jenny Lind
Felix Mendelssohn was a passionate man who was wed to a  lovely wife and  intoxicated by one of the greatest sopranos who ever lived- but his deepest devotion was for his immensely talented older sister, Fanny, whose own profoundly beautiful music needs to be discovered, championed and celebrated in our time.

Week Six- Music and the Muse:  Clara Wieck Schumann
The greatest pianist of her day, the woman who started the fashion of “playing by heart”, a muse for Mendelssohn, Goethe, Chopin, and the love of Johannes Brahms’ life, Clara Schumann bore and raised seven children, concertized over all of Europe while supporting her brilliant but  deeply troubled husband Robert Schumann and trying to squeeze in time for her own compositions. We’ll look at her sometimes tragic,  and deeply moving  life while listening to music both written for her and composed by her.

Week Seven: Muse to Multitudes: Alma Mahler
Wife of three extraordinary men (composer  Gustav Mahler, architect Walter Gropius and novelist Franz Werfel),  lover of  the artists Klimt and  Kokoshka and muse for many more men of genius, Alma  Mahler was at the very center of fin-de-siecle Viennese cultural life. Her story is one of the most scandalous - and ultimately inspiring- stories  you’ll ever encounter. We will also listen to her own song cycles, evidence of a budding talent that was stifled by her marriage to  the controlling Gustav Mahler.

Week Eight: The Muse Triumphant:  Lou Andreas Salome
Student of Freud, lover of Rilke and Nietzsche, Lou Andreas Salome left her imprint on some of the greatest minds of the twentieth century. We’ll look at the ideas and works she inspired as well as examine her own writings as a psychoanalyst, playwright, philosopher and poet. 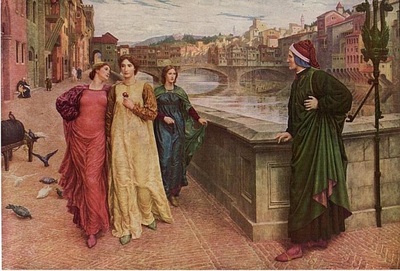 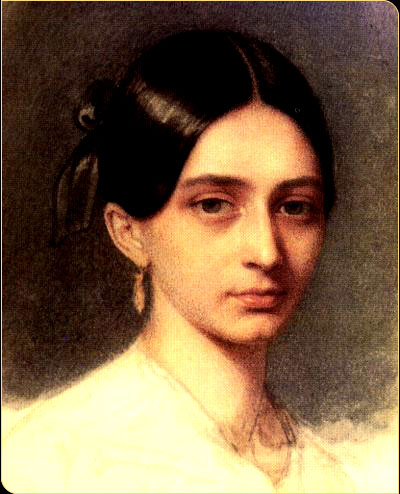 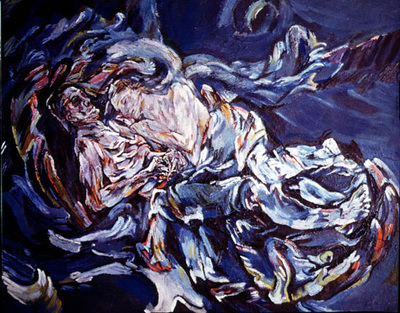