The Unfinished American Dream; A Poetry Salon of Interdependence
Saturday, July 4
​10:30 am - Noon

-Join Kayleen and a community of poet performers of diverse backgrounds as the celebrate the dream of liberty, justice and freedom for all Americans.  Join us at 10:30 am live on zoom with a candle and wish of your own in a ritual of unity and peace.

This event has reached maximum capacity.
Please tune in to Youtube  to watch the day of the event or check back here to watch the video. Thank you. 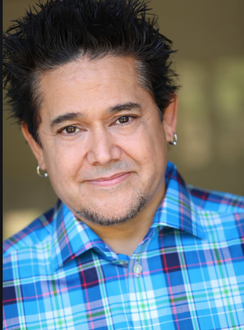 Aaron A. Abeyta is a Colorado native, MFA Poetry Director at Western Colorado University, Professor of English and the Mayor of Antonito, Colorado, his hometown.   He is the author of four collections of poetry and one novel. For his book, colcha, Abeyta received an American Book Award and the Colorado Book Award.  In addition, his novel, Rise, Do Not be Afraid, was a finalist for the 2007 Colorado Book Award and El Premio Aztlan. Abeyta was awarded a Colorado Council on the Arts Fellowship for poetry, and he is the former Poet Laureate of Colorado’s Western Slope, as named by the Karen Chamberlain Poetry Festival. Abeyta is also a recipient of a Governor’s Creative Leadership Award for 2017. Abeyta was a finalist for Colorado Poet Laureate, 2019. Aaron has over 100 publications.  You can read his work here 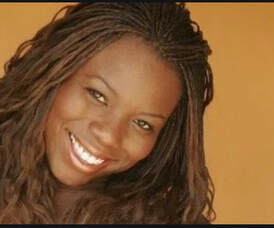 Tawanna Benbow is a Thespian, Mythologist and  spiritual leader. She is a Doctoral Candidate in Mythological Studies with an emphasis in Depth Psychology at Pacifica Graduate Institute where she currently working on her production style dissertation on Mary Magdalene. Tawanna holds a Masters of Arts in Theology (MAT) with an emphasis in Theology & Arts from Fuller Theological Seminary; received her Masters of Fine Arts (MFA) in Acting from the University of Missouri-Kansas City; and her Bachelors of Fine Arts (BFA) with a concentration in Acting/Directing from North Carolina A&T State University; and is currently becoming a Registered Drama Therapist (RDT) with the North American Drama Therapy Association. 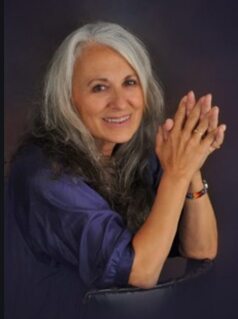 Dr. Apela Colorado is  Oneida-Gaul and a traditional cultural practitioner and indigenous scientist. She is dedicated to bridging dialogue between Western thought and indigenous worldview.

She founded the Worldwide Indigenous Science Network in 1989 to foster the revitalization, growth, and worldwide exchange of traditional knowledge and to safeguard the lives and work of the world’s endangered traditional practitioners. In 1997, Dr. Colorado was one of twelve women chosen from 52 countries by the State of the World Forum to be honored for her role as a woman leader.

She created the first doctoral program in traditional knowledge at the California Institute of Integral Studies. For twenty years she directed the Indigenous Mind Program, which led students into ways of exploring their ancestral and earth-based, holistic consciousness within a Western academic framework. She continues this work offering workshops in the ancestral remembrance process through Ubiquity University. 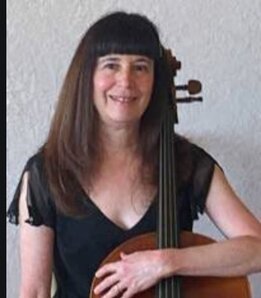 Diane Frank is a cellist and  award winning   author of seven books of poems. Her new book of poems, Canon for Bears and Ponderosa Pines, was published in 2018 by Glass Lyre Press. Blackberries in the Dream House, her first novel, won the Chelson Award for Fiction and was nominated for the Pulitzer Prize. Diane lives in San Francisco, where she dances, plays cello, and creates her life as an art form. She teaches Poetry, Fiction and Memoir Workshops at San Francisco State University and Dominican University. She is editor of the bestselling anthology, River of Earth and Sky: Poems for the 21st Century. Her photo memoir, Letters from a Sacred Mountain Place: A Journey through the Nepal Himalayas was published by Nirala Press in 2018..Her latest poems have been translated into multiple languages- including Turkish. www.dianefrank.com 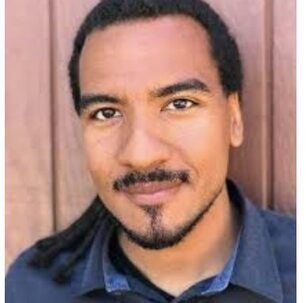 Benjamin Mertz is a renowned composer, pianist and music director who lives in Richmond, California. Director of the Joyful Noise gospel choir, he has been renowned for using music as a bridge for healing and justice, taking his multi-ethnic and interfaith ensemble to perform at San Quintin prison, the homeless trails in Sonoma County. A specialist in the music of the Black Spiritual tradition, he can often be found leading songs at benefit concerts, vigils, protest actions, sacred services, and workshops.  Benjamin's most recent album of Black Spiritual music, called "Climbing Up the Mountain," is available  on his website, www.benjaminmrtz.com When not performing music, Benjamin writes and speaks on issues of racial justice, economic justice and Black History. 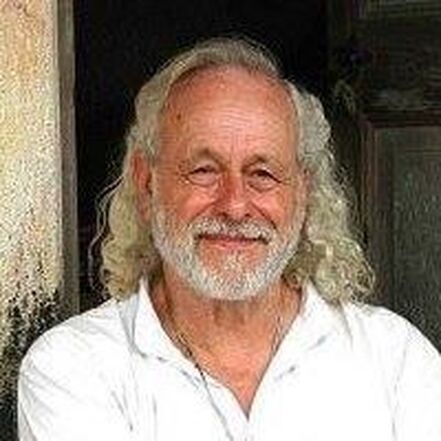 Hari Meyers is a poet, storyteller  and mythologist who has performed one-man shows on the great myths of the world, including The Grail Legend, The Ramayana and The Mahabharata. HIs latest project is One Hour of Madness and Delight, an homage to Walt Whitman. Hari spent the first part of his career as a family therapist, the second part as a spiritual seeker in India and is devoting his elder years to blessing his communities with performances of the world's great cultural treasures. For thirty years, he has been one of the lead organizers and key presenters at the Redwood Men's Conference.​https://www.harimeyers-storyteller.com/ 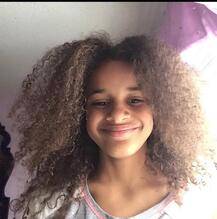 Nkem Ogbuji is going into 5th grade in a Boulder Valley school. Her father tells her that she started creating original poetry at about three years old, when she still called them "polems." She also loves writing songs, and is working to improve her guitar skills. Her poems "Up Up Away" and "Hip Hop Never Stop" won both first and second prize in the 2018 Lafayette "See and Respond" regional poetry competition. 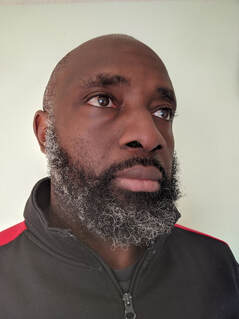 Uche (Úchèńnà) Ogbújí, was born in Calabar, Nigeria. He lived in Egypt, England and elsewhere before settling in the US near Boulder. His poetry chapbook,  Ndemo , Colorado(Aldrich Press), is a COlorado Book Award winner and a Westword Award Winner ("Best Environmental Poetry") . His forthcoming book, Ńchéfù Road is the winner of the Christopher Smart Prize   in the UK. Work published worldwide, and featured in the Best New African Poets anthology, fuses Igbo culture, European classicism, American Mountain West setting, and Hip-Hop, often exploring afrofuturist themes. @uogbuji on twitter.  You can read more about Uche and his work at  http://uche.ogbuji.net/ 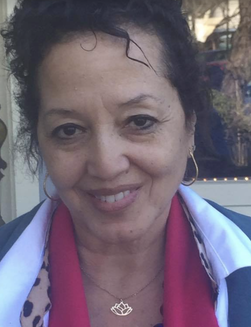 Best selling author Dr. Khaleghl Quinn's work in spiritual and arts activism and leadership  spans four decades and spanning two continents.  Dr.Quinn   integrates Eastern and Western wisdom in her work, seamlessly weaving  philosophy, martial arts,, psychology, music and meditation  as a master teacher. Her work has been  profiled  by the BBC, featured at colleges ranging from the University of Mexico to UC Santa Cruz and the School for Applied Theology. and has been the subject of an Academy award winning documentary film maker, Jenny Wilkes, in the eight part series, STAND YOUR GROUND. The series was based on Dr. Quinn’s empowering non-defensive  integrated self-defense work.   which was spread throughout Europe.  Dr. Quinn;'s Anti-Bullying Programs for children and schools earned her the coveted Kidscape Award, and in 1991 she was honored by the Knights of Malta for her work in world peace. 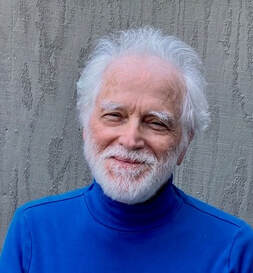 Bob Rees, Ph.D is an award winning author, poet, educator and interfaith activist. A faculty member of the English department at UCLA for twenty five years, Bob also was the Assistant Dean of Fine Arts and the chair of  Department of Continuing Education.  Upon retirement, he received a Fulbright grant to teach in Lithuania, became the Director of Education of Heartmath. Currently, Bob is a regular  columnist  for the Huffington Post and a faculty member of the Graduate Theological Union of Berkeley.As a humanitarian, Bob has travelled to Guatemala, Columbia, Peru, the Philippines, Haiti and the South Pacific and he has written and/or edited sixteen books which have focused on topics ranging from Emerson to passionate advocacy for LGB individuals. 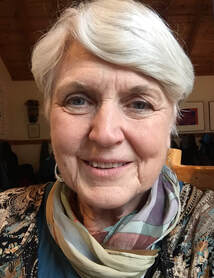 Gloria Rees shares her husband Bob's passion for humanitarian work, the arts and civil rights for all. A  musician, former ESL teacher and specialist on nutrition and aging, Gloria is also the mother of four children and numerous grandchildren. 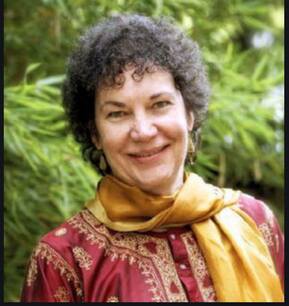 ​Vicky Semones  is a contemplative, seeker of justice for the innocent, animals, and Mother Earth. She is deeply involved in the Center for Spiritual Living of Tacoma where she has led workshops on Mary Magdalene, and the Sacred Feminine. She lives in Gig Harbor, Washington with her
partner, Cindie. Vicky’s book, “Trembling at the Threshold,” combines her two great passions of poetry and photography in service to the sacred. You can view Vicky’s poetry and photography at www.authorsden.com/vickysemones
www.authorsden.com/vickysemones 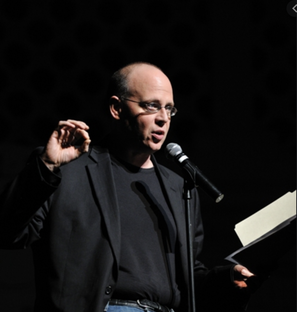 Lucas Smiraldo is a Pacific Northwest writer, performing poet and twelve-time produced playwright.  In 2010, he created an original touring work in affiliation with collaborating writers, entitled “Eleven Days in the Life of Dr. King,” which explored Dr. King’s life through 12 original spoken works put to stage with music and choreography. Smiraldo completed a touring play with co-writer April Nyquist in affiliation with the Broadway Center titled “The Bridges: A Civil Rights Journey.” As 2013-2015 Tacoma Poet Laureate, Smiraldo lead and participated in over 85 events, workshops, and readings, serving over 5600 people. One of the major projects of his tenure is the Laureate Listening Project, an interactive online audio anthology showcasing the voices of community members from Tacoma and greater Pierce County. The Laureate Listening Project can be viewed and hear online at http://wspdsmap.ci.tacoma.wa.us/website/PoetryTour/. 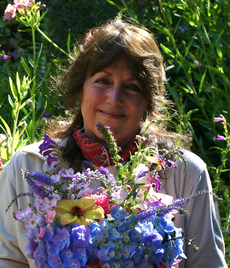 Sylvia Timbers has focused on spiritual training, consciousness studies and environmental work for 4 decades, as well as a wide variety of writing, consulting, film projects and international business. She worked as a counselor to the terminally ill in private practice and Hospice. She wrote Inner Space: a documentary series for HBO, co-authored God and The Evolving Universe with Michael Murphy and James Redfield, a documentary in Tibet, as well as other multi-media projects on metaphysical subjects. Our Unity with Supreme Spirit and Mother Nature is her perpetual inspiration, guide and sustainer. She lives in Inverness, CA. 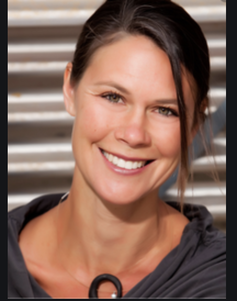 Rosemerry Wahtola Trommer lives with her husband and two children in Placerville, Colorado, on the banks of the San Miguel River. She served as San Miguel County’s first poet laureate (2007-2011) and as Western Slope Poet Laureate (2015-2017). Rosemerry has twelve  award winning poetry collections and has been featured in O Magazine and Prairie Home Companion.
Devoted to helping others explore their creative potential, Rosemerry is the co-host of Emerging Form, a podcast on creative process. She teaches and performs poetry for addiction recovery programs, hospice, mindfulness retreats, women’s retreats, teachers and more. Rosemerry  performs as a storyteller, including shows in Aspen at the Wheeler Opera House, at the Taos Storytelling Festival and the National Storytelling Festival in Jonesborough, TN. Her TEDx talk explores changing our outdated metaphors.
She believes in the power of practice and has been writing a poem a day since 2006. Her  inspirational daily poems can be found at https://ahundredfallingveils.com/. 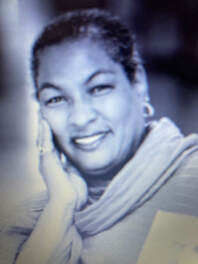 Loretta Diane Walker,  a multiple Pushcart Nominee, and Best of the Net Nominee, won the 2016 Phyllis Wheatley Book Award for poetry, for her collection, In This House (Bluelight Press). Loretta is a member of the Texas Institute of Letters. She has published five collections of poetry. Her manuscript Word Ghetto won the 2011 Bluelight Press Book Award. Loretta received a BME from Texas Tech University and earned a MA from The University of Texas of the Permian Basin. She teaches elementary music at Reagan Magnet School, Odessa, Texas.
Naomi Shihab Nye states, “Loretta Diane Walker writes with compassionate wisdom and insight—her poems restore humanity.” Find our more about her work at https://sites.google.com/ecisd.school/loretta-diane-walker/home; https://www.pbs.org/articles/2020/04/a-playlist-of-poets-for-national-poetry-month/
https://www.youtube.com/watch?v=aQPaRjFi0Cg
Plus, Jessica Driver,