Once- in -a -lifetime journeys through the sacred sites of Europe that have been cherished by seekers of wisdom.
Each trip is unique, with a particular focus on the region's art, history, music, spiritual and literary tradition.
Our carefully curated series of unforgettable  experiences  for 2023 include England,  France and Scotland
​ 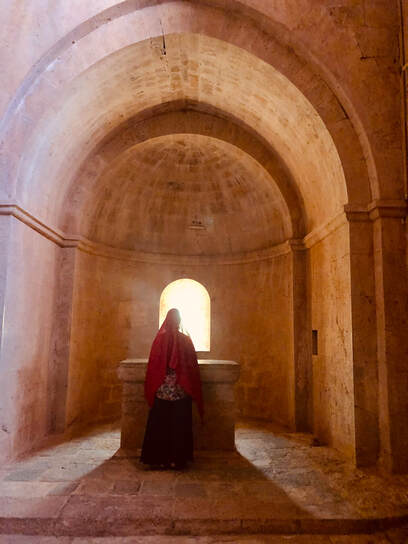 An unforgettable one week journey in the footsteps of Mary Magdalene as we weave together history, myth, art and music as a doorway to our own creativity.

We will travel to the shores of Saintes Maries de la Mer where legend claims Mary Magdalene and her companions on a rudderless boat; visit the cathedral of Aix en Provence where Magdalene was said to have taught and preached; hike through the  Forest of Artemis and to the Grotto of La Sainte Baume. Also included:  L'Abbey Saint Victor in Marseille, the first Christian church in France with its powerful Black Madonna and the relics of Lazarus and John Cassian and finish with a perfume wokshop and anointing ritual at the stunning French Orthodox monastery of St. Michel du Var which houses a relic of Magdalene's hair and a series of breathtakingly beautiful and joyously exuberant  frescoes by iconographer Vadim Garine.

​Members of the Rose Sangha  have priority registration through December 15, 2023.
Registration opens for alumnae of the 22 Days of Mary Magdalene program on December 15. We follow the myths of King Arthur, Avalon and the Holy Grail  during a one-week journey from Glastonbury to Cornwall in the stunning natural splendor of Southwest England.
HIghlights include:

- Chalice Well Gardens, legendary site of the Holy Grail
- Ancient stone circles at Stonehenge
-A dive into history at The Roman Baths and Museum
- High Tea in the historic Pump Room in Bath
- St.Michaels Tower and the Land labyrinth at Glastonbury Tor
- Glastonbury Abbey and the tomb of Arthur and Guinevere
- The legends of  Joseph of Arimathea and Mary Magdalene
- Tintagel Castle, legendary birthplace of King Arthur
- Merlin's Cave in Cornwall
- The stunning beauty of Evensong at Wells Cathedral 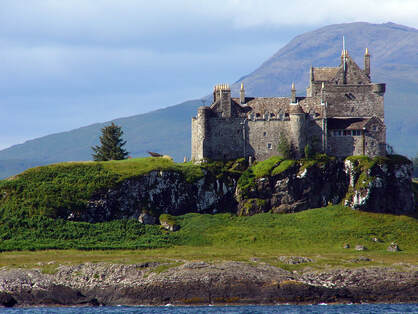 A ten day journey from Edinburgh to the enchanting isle of Iona as we weave together art, music, literature, breathtaking nature and Celtic spirituality, Highlights include:
- Arthur's Seat, legendary home of Camelot
- A private concert at St Cecilia's Hall and Instrument Museum
- A private tour of the stunning frescoes at The Mansfield Traquair
- The Holy Isle of  Lindisfarne and Melrose Abbey
- Sir Walter Scott's grand manor house, Abbotsford
- A private tour of the Royal Botanical Gardens of Edinburgh, with the sculpture of Andy Goldsworthy
- Pictish stones and Illuminated manuscripts at the National Museum of Scotland
- The breathtaking waterfalls and woodland walks of Birnam Wood and Ossian's Cave
- Sunset vespers at Dunkeld Abbey, the cradle of Celtic Christianity
- Three private musical performances, including a renowned  Classical string quartet and traditional Scottish dancing
- Three nights on the enchanting isle of Iona, with music and meditation circles and  a beach labyrinth walk