Eleanor of Aquitaine and Her Family: Troubadours, Trouveres and Courtly Love
​ 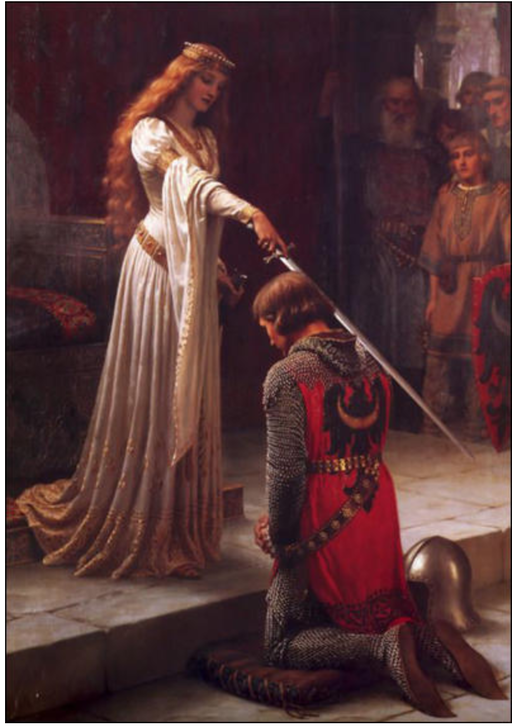 ​Quant voi la flor novele French troubador song, anonymous, XIIIth c.- Translation Catherine Braslavksy
When I see the new flower in the meadow, I sing a new song of the young virgin
Who nursed the King at her breast, Who, by his flesh fine and noble, redeemed us all …
Maiden noble and pure, source of all good, Forgiver of my  sins, take care of me
By your dear Son and that covenant, assure me that in heaven in certain joy I may arrive.
Lady Holy Mary, filled with grace, may you hear us, don't forget us
That in this mortal life we may serve that  in your company we may come.
Flower of mercy to your Son attune me, tune this string to never make discord
So that the Devil cannot untune me, for I am in harmony, in tune with God.
Mary, sweet mother, never were you harsh. Of the King you are both daughter and mother
And you bore your own Father. Now I pray you, sweet Mary, full of pity, that God our Father may keep us from
Pivotal Figures in the Family Tree of Eleanor of Aquitaine

William X: Eleanor's father who died  on Good Friday in Compostela while on  in pilgrimage

Eleanor (1122-1204)  Wealthiest woman in the world, heiress of Aquitaine, first the wife of  French King Louis  by whom she had two children and secondly the wife of  Henry II ( eleven years her junior) , by whom she bore eight.
Cultivated the "Courts of Love", bringing beauty, romance, music to both the kingdoms of France and England
Crusader, Lover, Mother, she retired at the end of her life to Fontenay Abbey and lived as a nun.

RIchard the Lionhearted (1157-1199): King of England who spent many years on Crusade. He died at Beynac Castle of a fatal archery wound.

Marie de Champagne: Eleanore's daughter from her first marriage established courts of love in her county of Champagne  where she was a patron of Chretian de Troyes, the first writer of the Grail stories


D
Blanche of Castile: grand-daughter of Eleanor, she was born in Spain but became queen of France by the time she was a teenager. A composer and poet in her own write, she was the muse for many and a great patroness of art and architecture, donating or commissioning major works of art including illuminated manuscripts and the North Rose Window at Chartres Cathedral. She also had a hand in creating Sainte Chapelle. Mother of 13 children,  she followed in her grandmother's footsteps sto  the Crusades and also ended her days in a convent.
Count Thibaut the Trouvere: Penned both love songs to Blanche of Castile and the first anti-war song in response to the horrors of the  Albigensian Crusade, "Deus est Un Pelicanz". In his poetry, Thibaut carried forth the idea of love as religion and revelation. He writes of the Beloved that it is "though her presence that God has illuminated the world/ For, even on the fairest summer day/  Next to her, the light of high noon is obscure and is as darkness.  Thibaut was in love with Blanche of Castile, and penned many of his love songs to her.

Alfonso X, "The Wise", was the king of Castile and Leon (now Spain) and the great-grandson of Eleanor of Aquitaine.  His devotion to Mary-- particularly the Black Madonna of Montserrat inspired the amazing accomplishments of his  multi-cultural court . As a response to his own miraculous healing, Alfonso sent out Jewish, Christian and Islamic scribes to collect stories  of miracles along the pilgrim path to Santiago. Over 400 of these were turned into songs., and he himself wrote a loor or  "Hymn of Praise" for every tenth song, including the magnificent Santa Maria Strella Do Dia and Rosa Das Rosas.  The Cantigas are an invaluable collection of both art and music, providing critical clues for both how people dressed and what their musical instruments were like. The songs themselves are varied- some poignant and tender, others funny, some even ferocious. Like the Black Madonna herself, the music reconciles all things. While a few  of the texts tragically  reflect a  deeply anti-semitic bias ( such as #4,  the tale of the Jewish boy who is murdered by his father when he wishes to be baptized but is protected by the Virgin), others reflect the hope of reconciliation and unity. The overall emphasis is on forgiveness and mercy for all people, no matter what they may have done. Kings, beggars, thieves , those who have made enormous mistakes- are all brought underneath the cloak of Mary's compassion.  Even animals  are offered her protections, as in Cantiga 31, a  tale of a runaway cow and her unborn calf, or Cantiga 398 , in which a lost sheep who is protected by wolves after a farmer's prayer..

Jungian Perspectives on Wholeness and Integration
​ 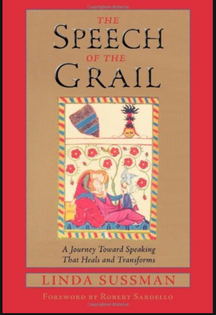