The Desert Fathers and Mothers; Veriditas and Ariditas; Virtues and Vices
​

In the spiritual tradition that flows from Egypt to France to the Celtic islands, the emphasis is not on Original Sin by rather Original Blessing.  In this worldview, nature is good and glorious. Where we err is when we become unnatural, like a tree that grows crooked because of circumstance. The way to "straighten" ourselves is through practice. not dogma.

In this view, the seed of goodness and beauty is planted inside the depths of each human heart. We need to connect to the Root of Goodness, and then, like an exquisite vineyard or tree, we will naturally blossom,  grow and bear fruit. The nature of a human being fully awake and alive, in Hildegard's view, is to become a fountain of creativity, a blossoming branch. In her theology, the best example of the Greening Power of God is Mary who because she was so deeply rooted in the divine, bore the fruit that was Jesus.

What are the practices that can cultivate  our own inner flowering? Silence, song, study, connection with the natural world are the things to cultivate so that we can open the doors of our imaginations and take root in our hearts  so that we might become "monos" ( "singular"), at one with our selves and  in tune and  living in harmony  with the Divine Symphony.

In the fourth century,  the  "underground"  and persecuted religion of Christianity was adopted by Emperor Constantine. During this tumultuous and calamitous century,  enormous contentions arose between two very different perspectives on  the nature of God, Jesus and humanity. St Augustine argued that humanity was :depraved"  and damned to hell because of original sin. His arch rival Pelagius believed that  humanity was not damned and depraved but wounded and in need of healing. He held that Adam and Eve were bad influences but did not believe that we all had to suffer eternal punishment because of their actions.
Both agreed that Jesus was critical, but saw him differently. Pelagius held Christ as a wisdom teacher who would reunite us with the Good, the True and the Beautifu l. Augustine  and his followers saw Jesus as a blood sacrifice needed to atone for Adam and Eve's transgression in order to expiate the wrath of God.
Augustine's philosophy came to dominate the West, and he had Pelagius declared a heretic, had him banished from Rome and Jerusalem, after which point he travelled to the British Isles (where he is known as St. Morgan). It was here that Pelagius was to play a prominent rile in the estabiihment of Celtic monasteries that carried forth the legacy of wisdom from Alexandria and Gaul (Southern France)

Psalm antiphon for the Virgin (D 155r) by Hildegard of Bingen

​O blooming branch,
you stand upright in your nobility,
as breaks the dawn on high:
Rejoice now and be glad,
and deign to free us, frail and weakened,
from the wicked habits of our age;
stretch forth your hand
to lift us up aright.

Here is a fabulous link to the  International Hildegard of Bingen Society, with lyrics, performances and music of Hildegard. 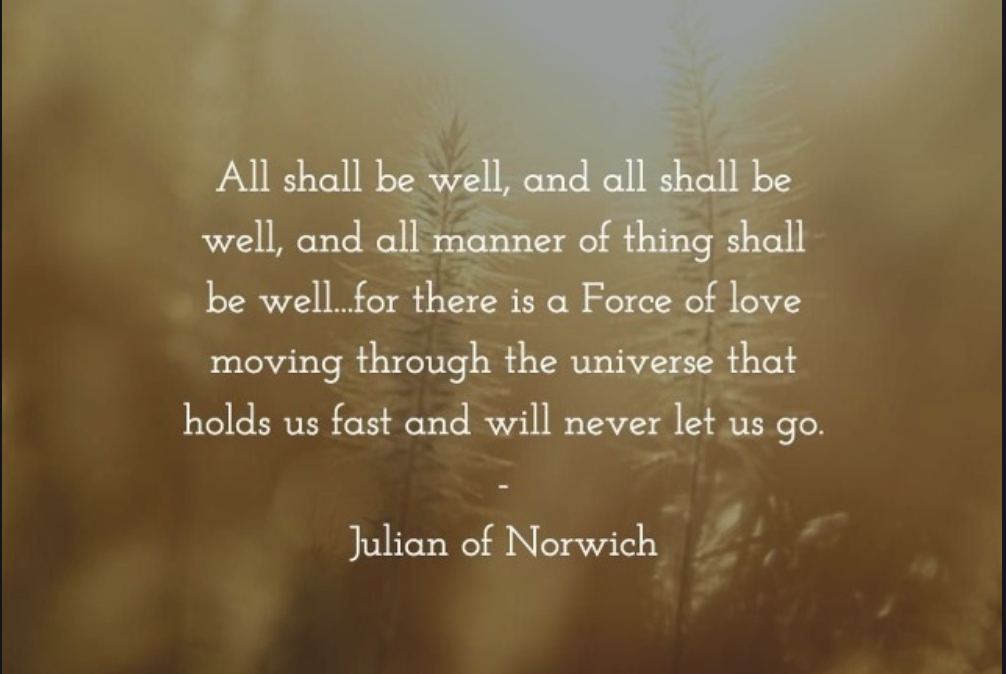