Dear Friends,
You are welcome to  print and share my poems with wild abandon, provided that you credit me with their writing and offer a link to my website, www.kayleenasbo.com. May my humble efforts encourage you to find and share your own unique voice.
​

The summer light is leaving little by little,
Each evening noticeably shorter than the one before.
And yet, in the necessary dying of the days,
How deeply the earth invites us to intimacy.

At the market, there are the flirtatious stacks of golden corn
Playing peekaboo from beneath
their green silk petticoats.
The heirloom tomatoes
Are just bursting with their scarlet longing,
Inviting us to stroke their supple skin.

It is only now, as summer is leaving,
That the sunflowers lift their heads to exult in prayer
and the lavender unabashedly casts her essence to the wind with wild abandon,
While hidden deep in the growing darkness of the forest
The orange dragon-tongued flowers
Sing out in their full-throated glory.

May I learn from the dying summer
How to be like the blackberries,
Bursting into fervent bloom as my time wanes,
Ripening into such sweetness as I come to the end of my days
That I leave an indelible mark
on everyone I encounter,
Whispering, “Taste and see the goodness of the world”
As I tenderly offer the juice of my inner life
When we touch. 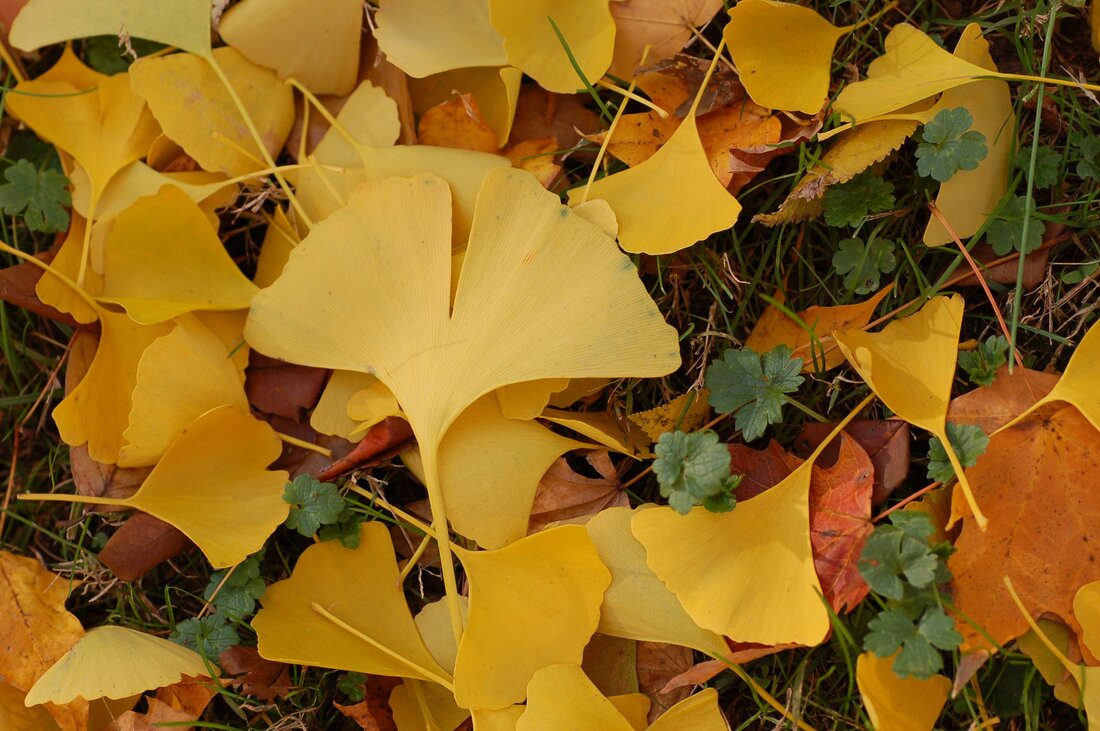 Feast of the Transfiguration, 1945/2019
by Kayleen Asbo
​
Fire rained from the sky
And innocent bodies melted into ash.
The fallout echoed for decades to come
And struck nuclear fear into every heart.
In the scarred earth the gingko stood silently
Waiting in tree time
To bloom again.
I do not know what might blossom in seventy years time
In El Paso
or Dayton
or Las Vegas
or Pittsburgh
But I do know this:
Today, we are each called
to plant the seeds
of peace. 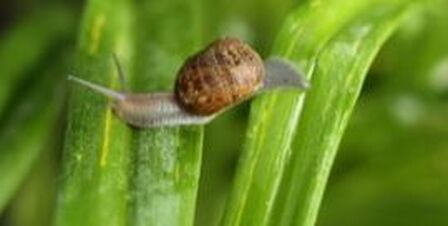 In the middle of my life,
I found myself in the loamy place
Where the things that no longer serve me
Are beginning to decompose.
Here, it is dark and still
And l learn from the slowness of the snails
As they find their way
Blindly,
Tentatively,
Patiently
From leaf to leaf. 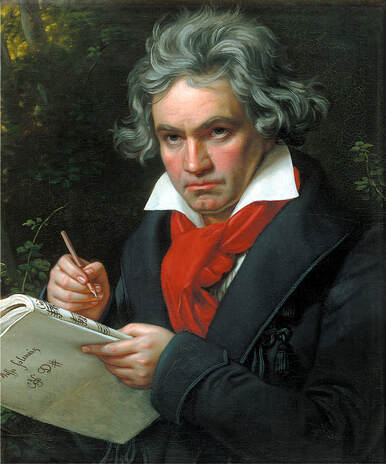 It's possible
that the apocalypti crumors and reports are right-
that these are the end times
and that the fire-ash falling from the sky
that covered everything for weeks last year
was only a prelude
to the larger conflagration to come.

It's conceivable
that the floods
and shootings
and suicides
and daily extinctions
will  not wane,
but bleed their dark hues
into a shattering crescendo in the years that follow
leading us to total annihilation.


But the old ones knew
that  relentless tragedy could also be the beginning of transformation -
could become paint on the cave wall,
song in a scarred throat
the drumming heartbeat of a dance of lamentation
that would lead us to a deeper truth.

I think of that long scream of terror
that opens the last movement of Beethoven's Ninth Symphony,
the cacophonous descent that signals the end of the world
and how the orchestra tries so valiantly to recapture the past
recapitulating one theme after another from the first three movements.

How each time, the Greek Chorus of the orchestra says:

No.
This will not do.
We cannot go back to where we have already been.


And that moment --when all seems lost in utter chaos and darkness--
how slowly,
tentatively,
ever so gently
emerging from the soft underbelly of the strings
is the simplest of tunes--
Childlike,
almost embarrassing
in its utter transparency and
open hearted
vulnerability

And how the goosebumps rise upon my neck
as the melody begins its sure ascent
Higher
Higher
Until it blazes with triumph,
blossoming into the Ode to Joy,
Shattering all notions of what a symphony should be
What a symphony could be.

I wonder if Beethoven,
gripped with liver disease and completely deaf
knew as he flailed his swollen hands
that his agony had opened the door to a new vision
for the entire human race.

I imagine how his sad eyes would open wide with wonder
If he could see his simple tune sung at Auschwitz,
as Chinese students faced tanks in Tianenman Square,
if he could hear it sung at the fall of the Berlin Wall,
and see the choirs all across the world after 911
uniting the world into his lifelong dream:
a chorus of common humanity,  resounding with love.


Let us sing with all we have in us
no matter what storms rage all around,
and know this in our bones:
If a deaf and dying man
(who believed his whole life was a failure)
could give birth to such miraculous starshine as this,
surely,
surely,
there is still hope
for us all.
​ 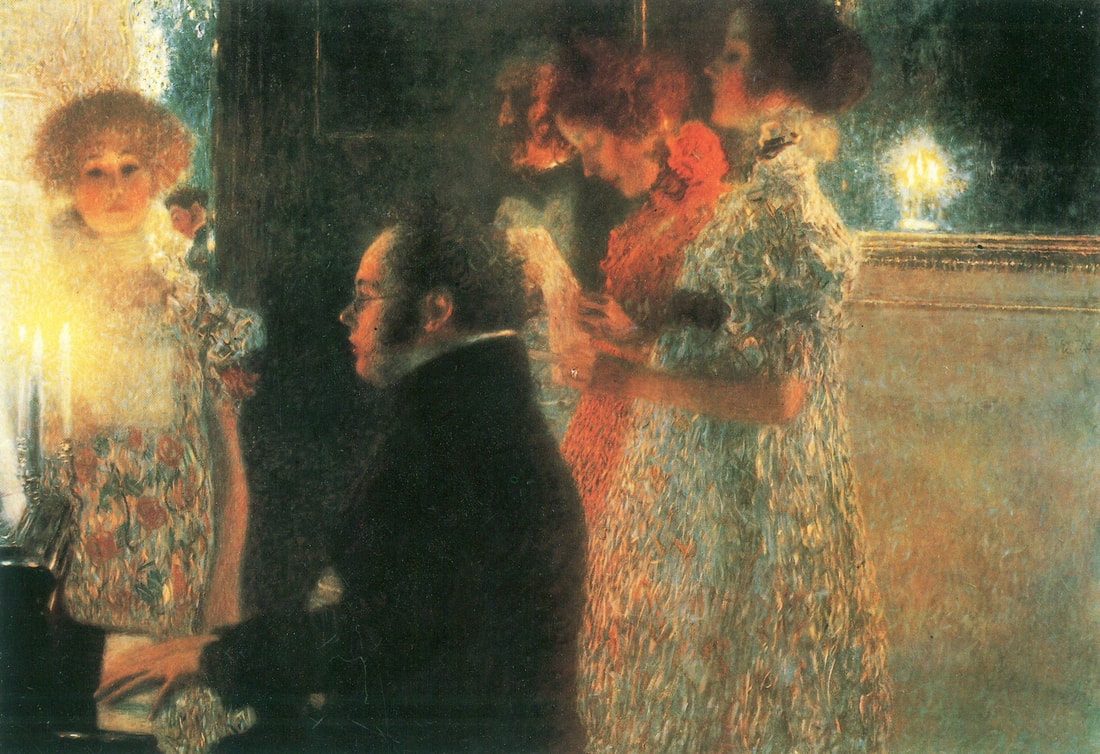 We may all be poised in the moments between agony and death.
Our symphonies may never be performed in our sight.
Marriage, children, fame and wealth may elude us.
We may be forever haunted by the ghosts of lost siblings,
failed dreams and tragic choices.

But even so, there is a path towards hope.

If you look closely,
The swan on the lake has never been more luminous
Gliding with her soft white wings.
through the ebony shadows and the pearly water lilies.

There are cracks in even the hardest thing .
Find a way to celebrate the  scarlet poppies
that still insist on blooming
even in the darkest days of life.

Passing the Torch
by Kayleen Asbo

Once, in his prime,
He strode across the stage to the Steinway and bowed
Sat at the cool keyboard
And poured molten passion upon its shiny surface.
Her 13 year  old heart melted
All the way back in row Y.
The flame of that concerto burned in her breast,
Kindling a fire
That lit the way through the underworld of adolescence.

It was during that terrible year
That she learned what it is to become Orpheus
To pour  love and longing, loss and grief
Into the strings of the piano
How if she opens up her bleeding heart with her small fingers
And impassioned words
She might even cause  Sisyphus to  stop and weep
As she pleads on behalf of the dead.

Now it is thirty five years later.
The seeds of that dark year have ripened,
Flowered into bouquets of stories and  songs.
She bestows garlands fragrant with beauty
Upon the aged ones gathered in hopeful expectation at the senior center
to listen to the life of Beethoven

His steps falter and he grasps another’s arm for support as he crosses to the speakers’ podium.
He teeters, almost falls
Barely able to see through the tears with his fading eyesight
before he gives her a kiss on each cheek,
Benediction for passing the torch of inspiration
Back to him
after all these years.
​
I​n Rumi's Footsteps
by Kayleen Asbo
​"Today, like every other day, we wake up empty
and frightened...
...Let the beauty we love be what we do.
There are hundreds of ways to kneel and kiss the ground.”
-Rumi, translated by Coleman Barks


Don't turn on the television
or open the newspapers.
Instead, walk through the woods and smell the damp laurel leaves.
Go to yoga class.
Find your old Chopin books and sit at the piano.
Take up a pen to write a thank you letter to your college mentor.
Savor the sunset with a friend and hold their hand.
Give the man with the cardboard sign
your leftovers from lunch.
Help the poor mother who doesn't have enough hands by entertaining her squirming toddler while she fishes for change at the check out stand.
Gather wildflowers to put by the bedside of your sweetheart.
Tuck an "I love you" note inside your husband's suitcase
before he leaves for yet another exhausting business trip.
Tell your imperfect father that you forgive him.
Read Mary Oliver.
Listen to Schubert.
Buy the children with their noses pressed at the window
an ice cream cone.
Smile at everyone you meet today.
Know that whatever armor clad hardness or seeming perfection is before you,
Inside is a messy and aching being--like you--
filled with both unbelievable heartache
and the seed of astonishing beauty.
Be the breeze that blows love and hope
towards that divine spark inside each pair of eyes you see.
Then watch the world become illuminated from within. 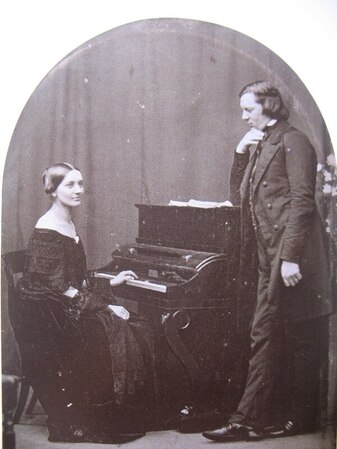 Florestan and Eusebius
by Kayleen Asbo
​
For Clara Schumann

There was a split so deep in Schumann
That he gave names to his different sides:
Florestan, the bold, confident hero
Eusebius: the tender, melancholy, soulful pilgrim.

At first, the split was a game they played ,
Etched in song in Carnival and Opus 6
She proofread the witty reviews
he wrote under the two pseudonyms
in the music journal that gave them their daily bread.

The crack widened over the years .
Florestan became filled with rage and fire, burning with humiliation and fury,
while Eusebius, sank into total silence: agoraphobic, listless and depressed.
Eventually the crack opened so wide, the conflicting voices
threw Robert into the Rhine River
and he passed his last days in the asylum in Bonn.

Through it all, Clara trudged on:
practicing piano,
birthing children,
teaching students,
writing love letters from her concert tours and
tender melodies  to here husband for his birthday.

She was drawn by a siren song she could not tune out.
Despite the paranoia,
the fits of abuse,
the whirlpool of  instability and emotional extremes,
even in the face of suicide attempts, she played on,
remembering the beauty that lived  trapped inside him.

At the end , she dipped her fingers into wine so he could suck on them like a baby.
She closed his eyes with tears of both sorrow and relief
and spent the rest of her days enshrining the memory of  her love
in the music that  called him back to life under her devoted fingers.

I think of this as I go aching with my own grief to the piano to play ‘Widmung”,
Noticing for the first time  that the words translate as “You are my grave”.
I imagine her shaking, a leaf in the wind after one of Robert’s storms,
Pasting a smile of composed tranquility on her face while she practiced this song
(though inside, her stomach heaved and her pulse raced).

Day after day until the end,
She continued to inscribe their conjugal  felicity in the marriage diary they shared --
Marking in frail symbols their nights of  passion
unable to deny their sacred splendor
as she held fast to the songs
that  she knew
were inside of him.